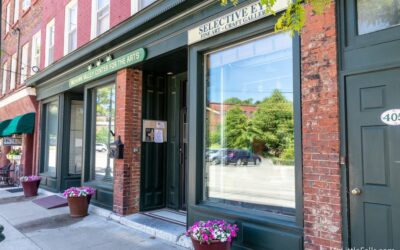 At the annual meeting of the Board of Directors on June 27, officers and directors were elected for the coming fiscal year starting July 1.  Serving one-year terms, the officers are Doug Whitfield, President; Carol Mulcrone, Vice President; Dominick Scarano, Secretary; and Margaret Goldman, Interim Treasurer.  The Board welcomed new directors who will serve three-year terms: Bart Carrig, Heather McCutcheon, and Janet Wren. Returning board members include Jeff Smith, Patricia Rockwell and Robert Buck, as well as Mary Ellen McGillan, the Executive Director of MVCA.

Doug Whitfield is an artist and certified Master Teacher whose work has been exhibited in major cities throughout the US and Europe. He joined the Board in March 2020.

Carol Mulcrone is a retired advertising and marketing professional who recently relocated to Little Falls.  She joined the Board in March 2022 and heads the MVCA marketing committee.

Dominick Scarano is a manufacturing executive with many years of experience in varied industries.  He is a member of Little Falls organizations, Main Street First and Preserve Our Past, and also the Emmanuel Episcopal Church Vestry and choir.  Dominick joined the Board in November 2016.

Margaret Goldman was Corporate Secretary at Burrows Paper for 18 years, retiring in 2016. She previously served on MVCA’s board from 2011-2016, returning in December 2021.

Bart Carrig practiced law in Herkimer County from 1977 until 2021. During that time he served as Herkimer County District Attorney, Little Falls City Court Judge, and Court Attorney for Herkimer County Family Court. Bart is also known for his landscape and nature photography, traveling to the Adirondacks, the Northeast, Desert Southwest, and the Smoky and Rocky Mountains to hike and photograph backcountry locations.  He has served for more than 20 years, and stills serves, on the Board of Directors of the Little Falls Family YMCA and the Youth and Family Center.

Heather McCutcheon has been an art educator with the Herkimer School District for 15 years, serving at all grade levels.  She was a finalist for the 2022 NYS Teacher of the Year. Through her roles as co-chair of the NYS Youth Art Month, NYS Teachers Association chair for the Central Region, and teacher-leader in Herkimer County, Heather has been instrumental in bringing the annual Youth Art Month Reflections exhibit to MVCA.

Janet Wren is a retired Human Resources executive with more than 30 years experience.  Her expertise will be invaluable in building out MVCA’s volunteer program.

Jeff Smith is a retired sales and marketing professional with more than 40 years experience, most recently in specialized medical equipment. He is a past board member of Preserve Our Past and the Heritage Corridor Committee.  He joined the Board in 2011, serving as its president in 2019 and 2021.

Patricia Rockwell retired after 33 years in education, but continued to score NYS Common Core exams in math and science for several years following retirement.  She is a past board member of Preserve Our Past and the Women’s Christian Association.  Pat joined the Board in April 2010 and has served as vice president and president over the years.

Bob Buck is a Real Estate professional and photographer.  He founded the Arts Factory of Montgomery County, promoting local artists, and he is a founding member of Music on Mainstreet.  Bob joined the Board in July 2018.

Join our mailing list to receive the latest news and updates from the Mohawk Valley Center for the Arts.

You have Successfully Subscribed!