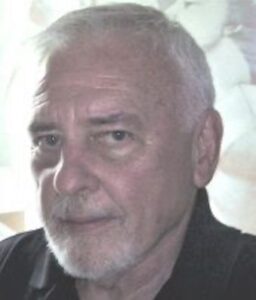 SPECIALTY: Willingly suspend your disbelief, as Samuel Taylor Coleridge, suggests, and enter the dreamlike dramas of Whitfield’s paintings. Be welcomed into the theatre of his composition, where Doug purposely blurs the lines between myth, history, and fantasy. One of the signatures of Doug’s style, is the juxtapositioning of the beautiful and the grotesque. He challenges his viewers to, engage the power of their imaginations to reconcile the ambiguity.

CLASS(ES) OFFERED AT THE MVCA:
Oils and Acrylics Made Simple: this is a six-week class that makes oil painting less complicated and available at a fraction of the cost. This uncluttered, practical approach makes the experience more accessible and enjoyable. Working from still-life arrangements, learn by doing, using a simplified materials list.

AWARDS: In 1969 Whitfield began to show his work in New York, NY and soon his works were featured in major cities throughout the United States and Europe. His works have been featured in dozens of solo exhibitions; a partial listing is available on his website.

QUOTE: “Today, awards and honors are not the reason I paint and no measure of my work’s values. The real significance of my work is the utter joy and emotion it brings to my patrons…”